London is a city teeming with exciting experiences. With more than 1500 square kilometres to explore, the many events, activities and landmarks make for stunning panoramas and unforgettable experiences. It’s these aspects of London that might have led you to stay at the Park Grand Paddington Court in the first place. Whether it’s ice skating, horse riding, sporting events or adventure activities, there’s a lot to pack in during a visit to London.

Even if you’re visiting London for just a short while, it might be worth exploring these unique activities for a taste of a truly London experience. This blog will explore the weird, adrenaline fuelled and truly unique London experiences that guests of Park Grand London hotels won’t be able to find anywhere else in the world.

The Millenium Dome, or the O2 Arena as it is now known, is one of the most distinctive sights along the banks of the River Thames. Built in celebration of the new millennium, the O2 Arena is a former exhibition and event space that has been redeveloped into a shopping complex and performance venue. With a capacity of 20,000 the O2 Arena is among the most prominent music halls in the country but has a few other tricks up its sleeve too.

One of the most popular riverside experiences in the city is climbing doors of the large dome. Using specially designed walkways and harnesses, the tour to the top of the O2 Arena provides incredible views over the Thames and much of London’s docklands area, and is suitable for anyone over the age of 8 years old.

For those who want to see the city at bullet speed, the Thames Rocket Tours put a boost in your everyday River Thames boat cruise. Utilising the RIB lifeboats one might occasionally see on the Thames, the Thames Rockets can reach astonishing speeds as they whisk sightseers along the river and past many of its most famous landmarks.

Flight Club is a uniquely London experience with four venues in London. Situated in Bloomsbury, Islington, Shoreditch and Victoria, Flight Club provides a mix of heady cocktails and social darts games for large groups and parties. Taking the classic pub game to new levels, Flight Club is the perfect setting for a birthday, work do or even just a few mates having some boozy, darty fun.

From the same team who created Flight Club comes this seminal ping pong bar in Shoreditch and Farringdon. Enjoy round robin social games and competitions set aside banging music and great drink and food menus. Bounce is another great activity for friends and events in London.

You Me Bum Bum Train

Taking place at secret locations every few years, You Me Bum Bum Train is an immersive theatre experience that is as madcap as it is innovative. Usually taking place in London and other cities around the country, You Me Bum Bum Train places audience members on a conveyor belt of activities and scenes in which they play their own parts in a performance involving business meetings, doctors surgeries, factory lines and the kitchen of a high end restaurant.

The London Dungeons is another immersive theatrical experience but with less interactive roleplay, and more grisly history. Located on Queen’s Walk on the South Bank, the London Dungeons will teach you about Jack The Ripper, Burke and Hare the grave robbers and many other sordid, scary events from throughout the city’s history. Guests of London Heathrow Hotels with a weak stomach may want to avoid this one, but anybody with an interest in history and a penchant for scars and thrills will definitely enjoy this world-famous experience.

The world is fascinated with Jack The Ripper, the infamous serial killer who stalked the streets of Whitechapel during the year of 1888. It’s unsurprising then, that there are many tours of Whitechapel which take place after dark and explore the many haunts of the elusive killer. Expect actors, artefacts and many identity theories on spine chilling tours run by at least five different companies.

Catch A Show On The South Bank

To really immerse yourself in the London experience, a trip to the South Bank is all you’ll need to drink in the city centre and riverside sights. The South Bank is known for its major event spaces that span music, dance, art, theatre and film. Try the National Theatre for some of the best shows in the city and for a collection of new, foreign and classic cinema, the BFI Southbank is a showstopper. The Southbank Centre is known for its array of classical, experimental and pop music shows whilst the Royal Festival Hall regularly programmes art exhibitions and events as well as afternoon free events for children.

Guests staying at hotels near Lancaster Gate tube station have probably seen the gorgeous facades of Georgian townhouses scattered throughout the city centre. The Dennis Severs House provides you with the chance to visit one and explore over a century of history. Utilising beautiful reconstructions of 18th and 19th century interiors (between 1725 to 1919), this house aims to tell the story of one family through many generations. Dennis Severs was an artist first and historian second, and when he created this house from his own accommodation, it quickly became a unique oddity on the museum and art scene of London during the 90s.

The British Museum is one of the largest museums in London and holds tens of millions of objects from throughout history. The museum is one of the most expansive explorations of human history in any museum and has its roots in London’s 17th century past. The beautiful museum holds antiquities from Ancient Egypt and Great Britain as well as many cultures from throughout history as well as temporary ticketed exhibits that span thousands of years of human development. It’s worth noting that the museum is so large that you’ll likely need multiple visits to really get a picture of its expansiveness. 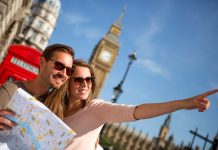 How to Spend Three Days in London

The Beauty of Early Morning London

Go “Out Out” in London – without entering a single club

A Local’s Guide to London, UK

The Absolute Best Of London

Our pick of things to do around London Bridge

6 palaces and castles in London open to the public